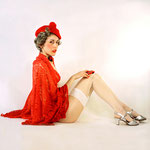 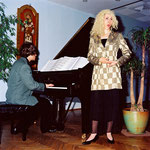 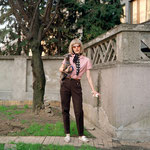 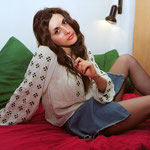 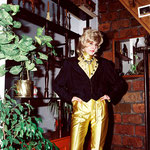 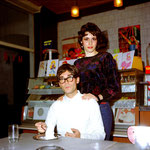 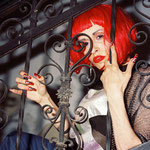 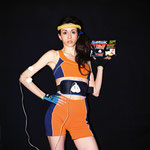 In this series of (self-) portraits, taken between 2003 and 2005, I am presented imaginary types of women that I find attractive, according to a somewhat twisted taste.

These fictive female characters are parodies of the values imposed by society and culture but, within the stereotypical systems of representation, they eventually reveal their 'faces', expressing their unique fantasies and madness. They also comment on the function of the portrait, and the structure of identification in the production and consumption of the image(s) of women. There is an element of extravagance in them, capable of touching even the coldest person, and an indisputable self-confidence of their posture makes them look not just pleased with themselves, but in some way authoritarian. I am trying to make them look immune to all forms of censorship, and to reach discreetly that point of overstatement at which their conventional femininity is being deconstructed. By neutralizing mimicry and taking on the dead pan approach in the performance itself, I am trying to render my fictive characters as authentic as possible in their absurdity and, in a humourous way, reach the core of human vulnerability and naïveté.

The identities of these females are not necessarily defined; they are fabrications of everyday life, an endless obsession with seduction, hiding and showing, and with the permanent questioning of the essence of the feminine principle.

You can do it, too! Sign up for free now at https://www.jimdo.com